Posted by Unknown at 7:58 AM No comments:

Colonel Demeke to be transfered to makelawi

Posted by Unknown at 8:26 PM No comments:

At least three Ethiopian soldiers serving with the African Union Mission in Somalia (AMISOM) have been killed in a bomb attack occurred near Kismayo city in southern Somalia on Saturday.

According to local sources, the AMISOM soldiers were killed after their military convoy came under a remotely detonated land mine attack at Bulu-Gadud village, some 35Km northeast of Kismayo city.

After the IED bomb attack, the AU troops retreated back to their bases in Kismayo, sources added. There was no immediate confirmation from the AMISOM about Today's attack

Mr Kibet said that there were no casualties on their side in Friday's operation.

Posted by Unknown at 9:53 AM No comments: 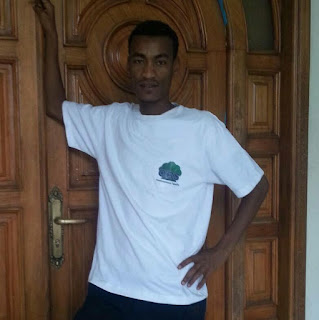 Abdi Gada was arrested and imprisoned in Adama, Ethiopia. He was kidnapped by Ethiopian security forces last week on November 9, 2016 and nobody knew his whereabouts for a week. Our anonymous sources told us that Journalist Abdi Gada is imprisoned with Ifa Gamachis- a member of the Oromo Federalist Congress Political Party and others. A lot of people are also imprisoned. Our source said, “Abdi was not in Adama for more than a week. The Ethiopian government security forces took him somewhere out of Adama and after that they brought him to Adama jail.”

Posted by Unknown at 4:57 PM No comments:

Posted by Unknown at 7:29 PM No comments:

Email ThisBlogThis!Share to TwitterShare to FacebookShare to Pinterest
Labels: Ethiopia, state of emergency 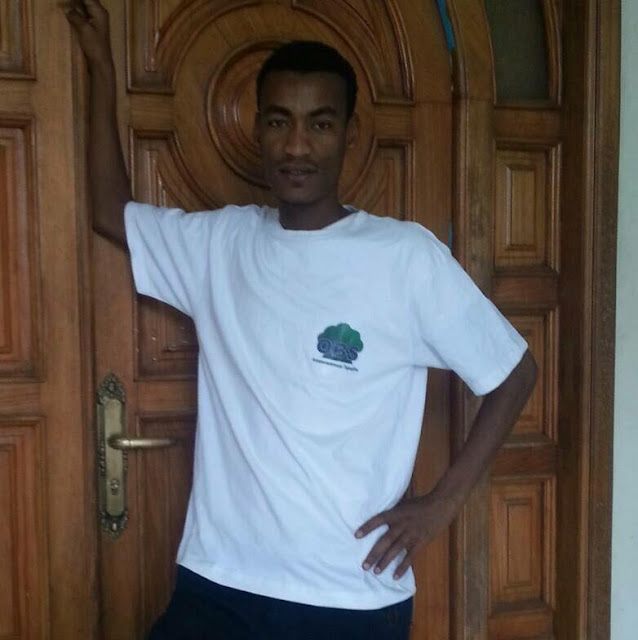 Source: http://voicesforvoiceless.blogspot.se/2016/11/an-oromo-ethiopian-journalist-missed-in.html?m=1
Posted by Unknown at 7:00 AM No comments:

Posted by Unknown at 8:55 PM No comments:

Ethiopia Arrested 11,607 individuals after state of emergency is declared

State of Emergency Inquiry Board publicizes names of detainees

(EBC; November 11, 2016) - The State of Emergency Inquiry Board made public on Friday the names of individuals detained under the state of emergency.

Some 11,607 individuals have so far been detained in six prisons, of which 347 are female, in connection with the state of emergency declared in the county, Board Chairperson, Taddesse Hordofa said.

The Chairperson told the press that the prisoners are kept in detention centers in Awash, Tolay, Ziway, Dilla, Yirgalem, Bahir dar and Addis Ababa, he added.

The Chairperson stressed the individuals were arrested because they were engaged in one or more of the activities prohibited by the state of emergency.

These include inciting and contributing to violence, denying provision of public services, threatening the public, disrupting movement of vehicles, and causing damage to private and public properties, among others.

Attacking security forces using firearms, killing civilians and members of security forces, providing shelter to those who commit illegal activities and leading violence are also among the activities the detainees were arrested for.

The Chairperson said that list of the detainees will be posted at zonal and woreda levels through the regional state where the prison centers exist.

The Inquiry Board has responsibility to make public names of individuals arrested in connection to the emergency law together with the reason for their arrest within one month.

It also has power to make sure that no measures taken during the emergency period are inhumane, and when such acts are committed bring those responsible to justice.

Posted by Unknown at 1:04 PM No comments:

Email ThisBlogThis!Share to TwitterShare to FacebookShare to Pinterest
Labels: Ethiopia, state of emergency

ESAT News (November 9, 2016)
Teachers and students in Mota, East Gojam in the northern Ethiopia went on strike defying the six month state of emergency declared in October.
The strike came after a teacher by the name Solomon was detained by authorities. The authorities accused  Solomon of encouraging teachers and students to protest against the regime.
Tensions were high in the town as authorities threaten to take action against teachers and students if they don’t resume classes immediately.
Meanwhile, 70 people were arrested in the last few days in Finote Selam accused of what security forces say coordinating protests against the regime.
In Amba Giorgis, Soldiers and the police detained 74 youth.
The state of emergency, declared by the tyrannical regime after a year long protest against the oligarchy, gives power to security forces to arrest anyone without a court warrant.
Up to 1500 people were killed and 60,000 detained since the protest began a year ago against the minority oligarchy in Ethiopia, according alocal opposition political party.
source:http://ethsat.com/2016/11/teachers-students-strike-defying-martial-law/
Posted by Unknown at 7:58 PM No comments:

ESAT News (November 9, 2016)
A skirmish between regime forces and freedom fighters in northern Ethiopian continued for the second day on Thursday. Regime forces used local farmers to do the fighting for them resulting in the death of about 40, the freedom fighters claim.
Sources said the skirmish in Wogera, in a place called Ankash, has also resulted in the death of 2 from the freedom fighters side.
Residents of Wogera meanwhile said the death toll on the side of the regime forces could be 30. Other sources in Gondar say bodies of regime soldiers have reached the town on Thursday.
Local authorities say two fighters have surrendered to the regime forces while 2 other “terrorists” were killed.
There have been several reports of gunbattle between regime soldiers and armed resistance groups in northern Ethiopia. The Ethiopian regime continues to deny and belittle the attack by armed groups in that region who have claimed to have killed several soldiers of the regime.
Posted by Unknown at 7:54 PM No comments: