Posted by Unknown at 4:04 AM No comments:

Posted by Unknown at 4:51 PM No comments:

The Ethiopian government has extended a nationwide state of emergency for four months, hailing it as successful in restoring stability after almost a year of popular protests and crackdowns that cost hundreds of lives.
But while parts of Amhara, one of the hotbeds of the recent unrest, may be calm on the surface, IRIN found that major grievances remain unaddressed and discontent appears to be festering: There are even widespread reports that farmers in the northern region are engaged in a new, armed rebellion.
Human rights organisations and others have voiced concern at months of draconian government measures – some 20,000 people have reportedly been detained under the state of emergency, which also led to curfews, bans on public assembly, and media and internet restrictions.
“The regime has imprisoned, tortured and abused 20,000-plus young people and killed hundreds more in order to restore a semblance of order,” said Alemante Selassie, emeritus law professor at the College of William & Mary in the US state of Virginia. “Repression is the least effective means of creating real order in any society where there is a fundamental breach of trust between people and their rulers.”
The government line is far rosier.
“There’s been no negative effects,” Zadig Abrha, Ethiopia’s state minister for government communication affairs, told IRIN shortly before the measures were extended by four months, on 30 March.
“The state of emergency enabled us to focus on repairing the economic situation, compensating investors, and further democratising the nation… [and] allowed us to normalise the situation to how it was before, by enabling us to better coordinate security and increase its effectiveness.”
Clamping down
On 7 August 2016, in the wake of protests in the neighbouring Oromia region, tens of thousands of people gathered in the centre of Bahir Dar, the capital of Amhara. They had come to vent their anger at perceived marginalisation and the annexation of part of their territory by Tigray – the region from which the dominant force in Ethiopia’s ruling coalition is drawn.
Accounts vary as to what prompted security forces to open fire on the demonstration – some say a protestor tried to replace a federal flag outside a government building with its now-banned precursor – but by the end of the day, 27 people were dead.
That toll climbed to 52 by the end of the week. In all, some 227 civilians died during weeks of unrest in the Amhara region, according to the government. Others claim the real figure is much higher.
A six-month state of emergency was declared nationally on 9 October. Military personnel, under the coordination of a new entity known as the “Command Post”, flooded into cities across the country.
“Someone will come and say they are with the Command Post and just tell you to go with them – you have no option but to obey,” explained Dawit, who works in the tourism industry in the Amhara city of Gondar. “No one has any insurance of life.”
James Jeffrey/IRIN

Source:http://www.irinnews.org/analysis/2017/04/03/ethiopia-extends-emergency-old-antagonisms-fester
Posted by Unknown at 5:57 PM No comments:

Oromo: Violent Oppression and Disregard for Human Rights Continue as State of Emergency Gets Prolonged 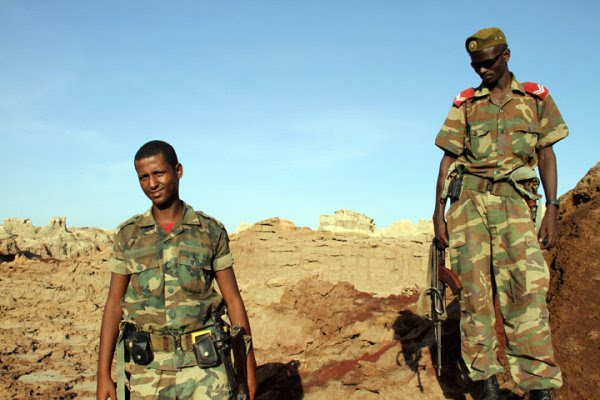