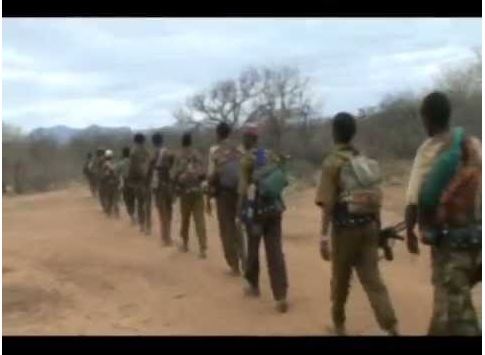 A Kenyan guard was killed and Moyale District Hospital stormed when Ethiopian forces and members of the Oromo Liberation Front (OLF) exchanged fire at the border point near the Meteorological Department at 1a.m. yesterday. Moyale OCPD Thomas Atuti identified the deceased as Boru Huka, a 55-year-old guard at Full Gospel Primary School. The national government immediately said the OLF militia group was not in Kenya. Marsabit County Commissioner Peter Thuku later said, “The Ethiopian fighters were in Illeret and at Sololo and Moyale on several occasions. I have relayed the message to the headquarters. This problem will be dealt with from Nairobi, but there is a real concern about forces crossing into our country.” According to Abduba Wapo, Huka’s colleague, shortly after the gun fight that lasted hours, armed men in uniform rushed into the school. “I hid behind the gate. They broke the fence and grabbed Huka then shot him several times in front of the school gate,” Abduba told The Standard on Sunday at the scene before recording a statement at Moyale Police Station. He said some attackers spoke Oromo. See also: Cyprus police probe Israel link in ammonium nitrate haul -media At about 3a.m., the same uniformed men stormed Moyale District Hospital and harassed patients and staff. The heavily armed men are said to have gone through the wards brandishing firearms. They could have been looking for injured Ethiopian rivals. “I saw about seven men armed with rifles enter the maternity ward and harass patients,” Nuria Kasa, a nursing officer, said. “When I asked the watchman what was happening, he said the group had broken the gate and marched into the hospital.” The group left bullet holes in the nurses’ quarters. Moyale DCIO Ayub Bakari said he had collected several cartridges from the scene and within the hospital compound.

Area Deputy County Commissioner John Cheruiyot said investigation is ongoing and they will release full details of the incident later in the day. The incident came four days after Ethiopian security personnel allegedly disarmed a Kenyan police reservist in Uran Lataka, about 100km from Moyale Town. Bakari said a rifle and 60 bullets were lost in the Tuesday incident. Ethiopians had also invaded Illeret ten days ago and two days later marched into Uran in Sololo District of Moyale Sub-county.